Are you currently considering where to live once you retire? Perhaps you’re thinking of staying where you are or moving somewhere else within the country after retiring. But have you ever considered retiring in Costa Rica? With its year-round tropical climate, 1,290 km of coastline and splendid natural beauty—not to mention the culture and lifestyle—there are many reasons people are making the move to retire in Costa Rica.

Let’s take a closer look at some of the things that appeal to people who are choosing to move to this beautiful Central American country and what to consider when planning for your retirement there.

Costa Rica is a country with a high standard for healthy living. In fact, the Nicoya Peninsula is considered a blue zone, which is a geographical area in which people commonly live active lives past the age of 100 due to having such healthy lifestyles.

There is a phrase commonly heard in Costa Rica that essentially sums up the lifestyle and mindset of Costa Ricans: pura vida. Pura vida translates literally to “pure life” and is heard in all kinds of situations; from greetings and farewells to exclamations like “Oh well!” or statements such as “You’re welcome.”

Much like the Danish word hygge in relation to Danish culture, pura vida has a similar function in Costa Rican culture. It is about living a good life by spending time with people you care about, partaking in simple pleasures, and enjoying a relaxed and slower-paced lifestyle.

The climate and geography of the country certainly help in the pursuit of pura vida, with its cool mountain towns, warm beaches to relax on, bustling cities, and many gorgeous national parks, Costa Rica has something for everyone to enjoy and relax with.

Manuel Antonio National Park is a relatively small national park but is considered one of the most beautiful national parks in the world. Located south of the city of Quepos, Puntarenas, it is a top travel destination for tourists and contains four beaches within the park that sees as many as 150,000 visitors each year.

Playa Tamarindo (Tamarindo Beach) is a beach located by the town of Tamarindo on the Nicoya Peninsula in the Province of Guanacaste. The town of Tamarindo is the largest developed beach town in the province, and the beach itself has much to offer: surfing, watching turtles during their nesting season, snorkeling, diving, horseback riding, zip-lining, and fishing. 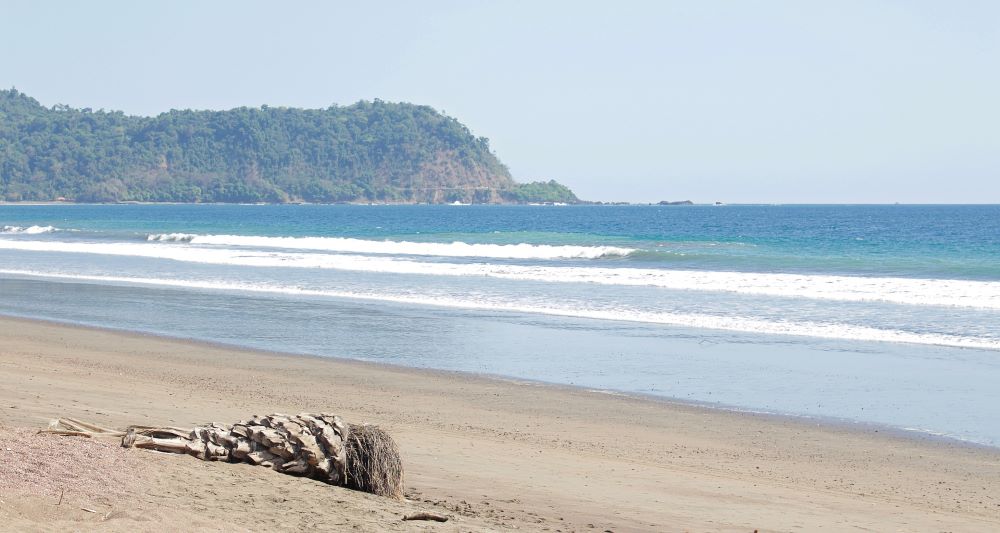 San José is the capital and largest city of Costa Rica and is one of the safest, least violent places in Latin America. Visited by more than one million people each day, this city offers much in the way of entertainment and culture with several museums, parks, plazas, zoos, theaters, and auditoriums.

There are several expat communities in Costa Rica, many of them having taken shape decades ago and continuing their growth even today. Let’s take a look at some of the best locations for your Costa Rica retirement.

The Central Valley may be the most popular place for retirees in Costa Rica, and for several reasons. First, it has a very comfortable climate with daytime highs usually in the 70s F or low 80s F and nighttime lows in the 60s F. Second, its location right in the center of the country puts it about one hour to one and a half hours from San Jose.

This location means that retirees living in the Central Valley can make daytime trips to the capital for shopping, dinner, or to enjoy a show or explore the museums and parks within the city. It’s also only about an hour or so from beaches on the Pacific coast. 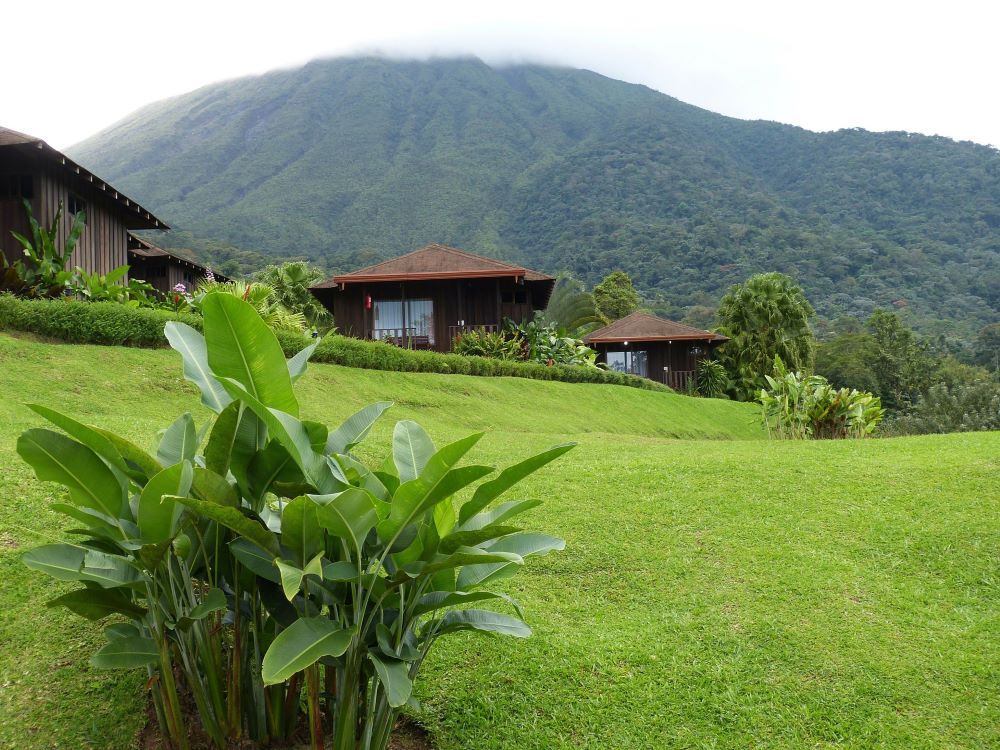 Arenal is the perfect area for retirees seeking a slow-paced retirement in a more rural setting than that found in the Central Valley.

This beautiful place is home to Costa Rica’s largest volcano as well as its largest freshwater lake. A pleasant clime, temperatures in Arenal average from the mid-70s to the low-80s year-round, with rainfall that can get heavy from May through November and volcanic soil that is perfect for retirees who enjoy gardening.

The expat community in Arenal is close-knit, with people frequently coming together for outdoor events or to participate in community organizations. Not only is the expat community tight-knit—there is harmony and friendship between the expat community and the locals in Arenal, which provides plenty of opportunities for retirees to develop new connections during their Costa Rica retirement.

If moving to Costa Rica is at the top of your list for retirement ideas, there are a few things you should keep in mind while you are planning.

There are three official residency options available for retirees, each with different requirements to qualify. The first is the Pensionado Program, designed for retirees. It requires a monthly income of at least $1,000 from a pension or retirement fund to be automatically transferred into a Costa Rican bank account and exchanged into local currency, which can then be withdrawn and spent at your discretion.

The second option is the Rentista Program, which may be a more viable option for those whose income doesn’t meet the requirements of the Pensianado Program. For this program you will need to have a document from your bank that demonstrates you have had a monthly income of $2,500 for the last two years or an account balance of at least $60,000. After providing the guarantee from your bank, you must then transfer the entirety of the $60,000 or a monthly deposit of $2,500 into a Costa Rican bank account to be exchanged into Costa Rican colones.

The third option is the Inversionista Program, which requires you to invest $200,000 in a business or property in Costa Rica. The application fees for these programs are $250, and the Costa Rican consulate will charge $40 for each document requiring authentication. Program status must be renewed biennially, with a renewal fee of $100 in addition to fees for other documents.

During the renewal process, you will also need to provide a new proof of income when you apply to renew – after three consecutive renewals in these programs, you may apply to become a permanent resident.

The cost of living in Costa Rica may be higher than other popular retirement destinations, but it is still more affordable than retiring in the United States. The expenses for a single retiree in Costa Rica typically average out to around $1,500 per month, typically within a range of $1,300-$1,700 per month. Couples tend to average about $2,500 per month in expenses, with all of this including housing, transportation, medical care, and food.

Location and lifestyle are going to be determiners for how much your Costa Rican retirement will cost, but the lower cost of living will mean that your savings will go much further than they would in the United States. Foods common to the American diet will also be available – and cheaper – in Costa Rica, and a single retiree who cooks at home instead of going out to eat will be able to eat well with a budget of less than $200 per month.

If you plan to retire in Costa Rica, pros and cons will present themselves to you throughout the planning process. There are certainly many pros such as the more laid back and relaxed pura vida way of life, the beautiful landscapes, the national parks, beaches, cities and towns, and the lower cost of living. There are also many opportunities to create new friendships and have plenty of adventure in Costa Rica, in the Central Valley or Arenal!

For some, the cost of moving and the fees associated with the emigration process may be considered cons, as could a potential language barrier; either way, it is up to you to decide what works best for your retirement. Hopefully, the information presented here in this article has got you thinking about what it will take to make this Costa Rica retirement possible for you.

What do you think about retiring to Costa Rica now? How does the information here assist you in your retirement planning?