Well, that time has come.

The day that 20 years ago seemed a light year away is now upon you as you contemplate your retirement.

For many people, retirement can be scary like walking into the unknown.

For others, it can be the start of a new chapter in their lives as they look to build not a new life but a slightly different one.

One of the things you may consider is where to live in retirement out?

You may have lived in New York state for the last 30 years purely because of your commitment to work and family.

Now with retirement, you may have the choice of moving somewhere different, maybe some state you have always fancied living in.

In this article, we will consider the best states for retirement in the US for a retiree to live out their twilight years.

As a starting point, let’s consider what you might want from your retirement.

Determine What You Want From Retirement

Let’s be clear; there are no right or wrong answers to this question.

At the end of the day, it is your retirement no one else.

So perhaps one place to start is to think about you as the type of person you are and what things you like doing.

Are you a bit of a loner, perhaps you like to read a lot or watch TV? Maybe you need the company of others and have hobbies you want to develop.

Research tells us that no matter what your personality preference, those retirees that have a busy schedule with regular activities, and who maintain social interactions are usually the happier retiree.

Keeping active can both boost your physical well being but also your mental health.

What To Look For

Probably the main concerns for retirees looking to relocate to a different state for retirement are access to healthcare and financials and climate.

Once you have decided on the state, it is recommended that you ensure the populations are over 10,000 in the district you are considering.

Areas that are sparsely populated have fewer services within easy reach.

You also need to check on things like access to retail or supermarkets and the crime levels in the areas you are considering.

You want to ensure that to avoid isolation, and your retirement destination has a range of cultural, educational, and recreational resources to hand.

Some of the most popular towns are college or university towns.

The areas that serve them traditionally have better public transport systems and a lower cost of living than other cities.

Can I also suggest you do your homework before committing yourself?

Don’t just stick a pin in a map and hope.

Identify the places you are interested in and actually go and visit them with your checklist of what is important to you.

The Best States For Retirement

So let’s begin having a look at the best states to spend your retirement. 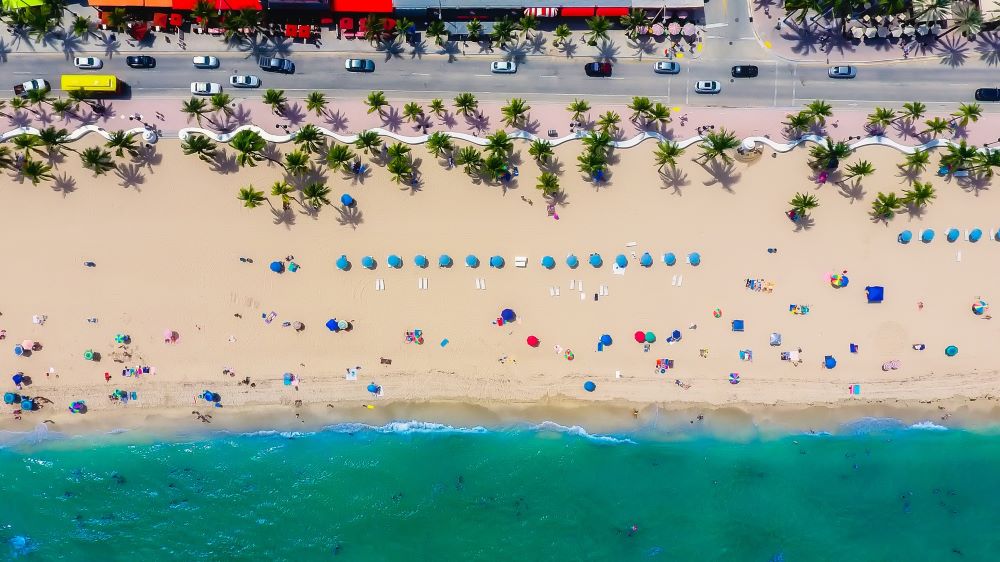 Florida has traditionally been one of the top states for retirement.

The population of Florida has the highest proportion of people over the age of 65 in the United States.

Estimates are that by 2030, Florida will have a population of 23.9 million with 6 million of them over 65 years of age.

There are many retirement communities spread around the state, but probably the most popular are to be found in Venice, Palm Beach, and Naples.

These are necessarily the cheapest places to live in Florida state.

To find those you are more likely to go to Kissimmee, Palm Coast, and Cape Coral.

One of the big attractions of retirement in Florida is the taxation system that favors retirees.

There is no state income tax, and this means there are no taxes on social security, pension income, and income from other sources such as IRA.s.

To enjoy these benefits though you will have to prove that Florida is your primary residence. You will need to show that you spend at least 183 days a year resident in the state.

Like any states, there are safer areas than others.

The safest areas are around Marco Island, North Port and Port St Lucia with the most violent city being , which records 775 crimes per 100,000 residents.

Don’t be fooled to think that Florida is the real sunshine state, there are some anomalies to Florida weather.

Thunderstorms are frequent and can be intense, Florida is known as the lightning capital of the US.

However, Florida still sees a decent amount of sunshine and warm temperatures.

Be careful though, and sunburn can cause havoc with the skin, premature wrinkling and coloring on the skin.

The more severe result of too much sun is, of course, skin cancer, so make sure you cover up and don’t expose to too much sun. 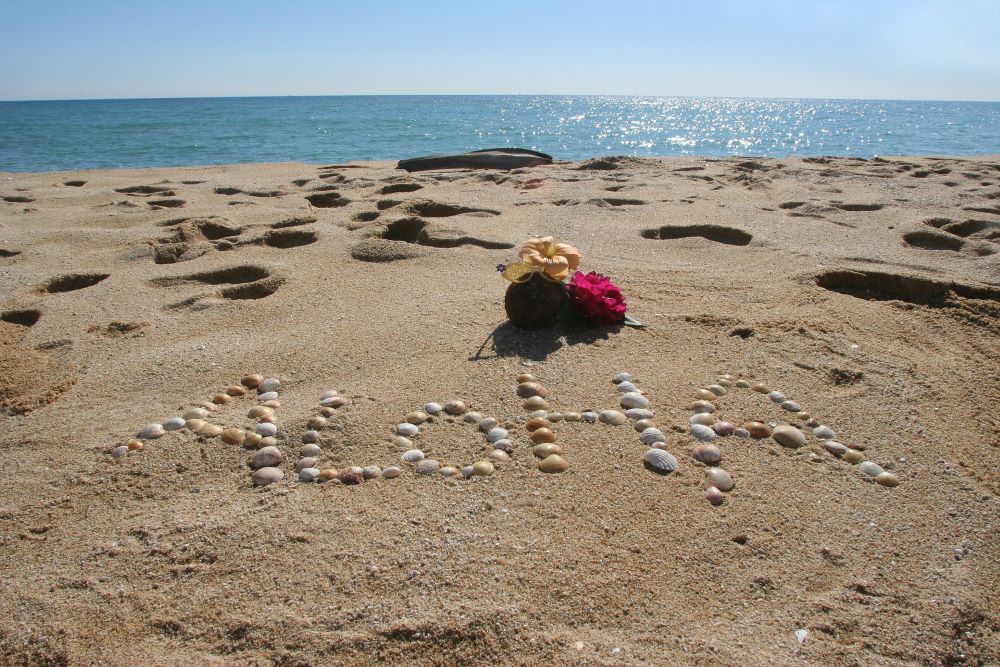 Another sunshine state is, of course, Hawaii.

One of the downsides of Hawaii is the cost of living, and it is a tad expensive. It is, in fact, the state with the highest living costs.

Like Florida, Hawaii is also a tax friendly state with no state tax on

social security and most pensions.

The big choice you may have to make is to either retire to the main island or one of the subsidiaries.

Once again, do your homework and decide which one is best for your situation.

Downtown Honolulu is the most expensive place to live in.

As you fan out of the city, it becomes cheaper and cheaper.

Many retirees tend to live in gated communities for added security.

That said the crime rates on Hawaii remain well below the national average with only 251 violent crimes per 100,000 of the population.

Perhaps a surprising state that makes our list is Iowa.

Probably not as glamorous as Florida and Hawaii but it comes out as having the lowest cost of living than the national average and has the second lowest unemployment rate in the country.

Being a college city, Iowa offers diverse activities for retirees and was voted ‘Best Small City’ and a haven for literary buffs.

Some of the places to consider outside of the city could be Cedar Rapids, Ames or Decorah.

If you are into walking or rambling Cedar Falls is an excellent choice as there are over 106 miles of hard surface trails to explore.

Des Moines is the state capital and is a growing cultural city with low crime rates, very little traffic, and accommodating neighbors.

In a recent survey, Ames came out as the healthiest city in the entire US! Living here gives you a higher level of both physical and mental health.

Once again if you are not a sun worshiper, then both Vermont and Delaware in New England might appeal?

There are some great little towns in Vermont like Bristol, Brandon, and Newport that offer low-cost housing and low crime rates.

One of the problems with Vermont is that it is one of the least tax-friendly states where it taxes most retirement income, including both private and public pensions.

What you will get in Vermont is stunning scenery and countryside to enjoy, particularly around the fall.

The crime rates are also very low, making it a safe place to reside.

One of the attractions for Delaware is how beneficial to your pocket it can be.

Delaware does not include tax pensions and also has no sales tax.

The sorts of towns that might catch the eye of a retiree are Rehoboth Beach, Bethany Beach, Ocean View or Bridgeville.

Being quite a small state with just under a million people, this thin long slither of a state is located on the mid-Atlantic coast.

Being a seaside state, there are some great beaches to explore.

There are in fact 28 miles of beach with the best being Rehoboth and Bethany.

If you are looking for big-city attractions, then Wilmington can offer the culture and vibrancy you might be looking for.

With a beautiful riverfront, there is also plenty of history and natural parks to enjoy.

Wherever I Lay My Hat

Although we have given you a small selection of probably the most popular retirement destinations, there are a plethora of other states you might want to consider.

Just a search of the internet will come back with over 50 states that are highlighted as great places for retirement.

However, choosing your retirement destination is very personal to you and your individual circumstance.

The main factors of finance, safety, and health have different outcomes and indices depending on which state you choose.

Do your homework, visit the states you are considering, and make sure where you lay your hat is the right one for you.